A bicycle’s performance, in both biological and mechanical terms, is extraordinarily efficient. In terms of the amount of energy a person must expend to travel a given distance, investigators have calculated it to be the most efficient self-powered means of transportation. In terms of the ratio of cargo weight a bicycle can carry to total weight, it is also a most efficient means of cargo transportation.

From a mechanical viewpoint, up to 99% of the energy delivered by the rider into the pedals is transmitted to the wheels (clean, lubricated new chain at 400W), although the use of gearing mechanisms reduces this by 1-7% (clean, well-lubricated derailleurs), 4-12% (chain with 3-speed hubs), or 10-20% (shaft drive with 3-speed hubs). The higher efficiencies in each range are achieved at higher power levels and in direct drive (hub gears) or with large driven cogs (derailleurs).

A human being traveling on a bicycle at 16–24 km/h (10–15 mph), using only the power required to walk, is the most energy-efficient means of human transport generally available. Air drag, which increases with the square of speed, requires increasingly higher power outputs relative to speed, power increasing with the cube of speed as power equals force times velocity. A bicycle in which the rider lies in a supine position is referred to as a recumbent bicycle or, if covered in an aerodynamic fairing to achieve very low air drag, as a streamliner.
On firm, flat ground, a 70 kg (150 lb) person requires about 60 watts to walk at 5 km/h (3.1 mph). That same person on a bicycle, on the same ground, with the same power output, can travel at 15 km/h (9.3 mph) using an ordinary bicycle, so in these conditions the energy expenditure of cycling is one-third of walking.

In utility cycling there is a large variation; an elderly person on an upright roadster might do less than 10 km/h (6.2 mph) while a fitter or younger person could easily do twice that on the same bicycle. For cyclists in Copenhagen, the average cycling speed is 15.5 km/h (9.6 mph).
On a racing bicycle, a reasonably fit rider can ride at 40 km/h (25 mph) on flat ground for short periods

Reduction of weight and rotating mass

There has been major corporate competition to lower the weight of racing bikes in order to be faster uphill and accelerating. The UCI sets a limit of 6.8 kg on the minimum weight of bicycles to be used in sanctioned races 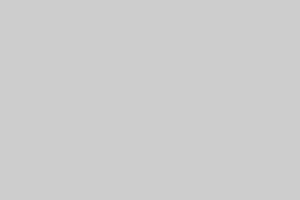